The faint humming of a sewing machine accompanies the descent to a basement in the North West part of Copenhagen. Here, Silas Gärtner has set up a small workshop where he makes caps from luxury materials such as tweed, leather and fish leather. Silas learnt the old craft of cap making in Germany, but he gives it his own, modern twist.

The driving force for Silas’ company Wilgart is the passion for the craft – knowing where the materials come from and that there is a story behind the product. There’s nothing wrong with his ambition either:

“I want to be known as the guy who makes the best, most stylish caps and hats in the world,” Silas says. 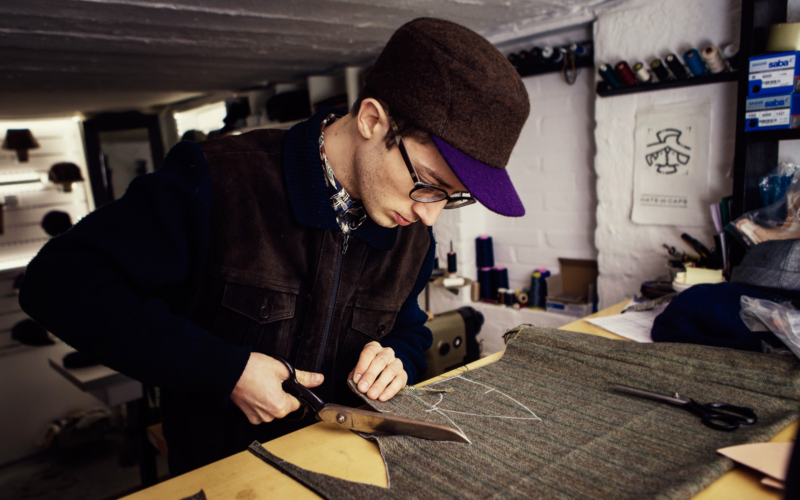 Silas set up the workshop back in 2013. At first, he branded his caps under the name Sigar Hats and Caps. The name was a contraction of “Silas Gärtner”, and Silas felt that the word Sigar fitted his hat universe.

With a view to selling his caps across Europe in future, Silas handed in an application for an EU trademark registration of the name Sigar Hats and Caps along with his logo.

Silas never imagined that there was a risk he would not be allowed to use his trademark. It came as an unpleasant surprise, when a large company objected to his use of the name, as they believed it could be mistaken for their name.

“I didn’t expect it to be a problem. The spelling of the name of the large company was completely different from the way I spelled my name,” Silas explains. However, talking to trademark experts made Silas realize that the case was not quite as straightforward as that.

Silas’ budget was limited, and we recommended that he contact the company to see whether they were willing to make a Trademark Coexistence Agreement. Silas had a fruitful dialogue with the company, and they agreed to draw up an agreement that defined in what context Silas was allowed to use the name.

Unfortunately, the agreement turned out to be wide-ranging. Among other things, it prevented Silas from producing any other product than headwear under his name, and he was to use the logo with the name at all times. It was not exactly what Silas was hoping for:

“I felt that it limited my creative process. I had had some ideas about making ties and butterflies to match the caps, and if I signed the agreement, I couldn’t even put the name on my caps without including the logo. It would take up too much space and potentially ruin the design.”

With our help, Silas tried to negotiate a better agreement, but even though the company were accommodating, there were still substantial drawbacks to the agreement. After having pondered the issue for months, Silas took the tough decision to turn down the agreement and in stead change his company’s name to Wilgart™.

“When you run a one-man business, you are your company. And you don’t just change your personal identity overnight. That’s why, at first, I tried to keep the name and make the agreement work. But I think I always knew that it was a bad idea. I would always have to be careful, and that’s not what I want. It’s better to be completely unhampered.”

Silas has held on to his personal identity with the new company name, as Wilgart™ is a contraction of Silas’ middle name, Wilhelm, and his surname, Gärtner. And the name has grown on Silas. Now he considers it a further development and an improvement of the original name.

Even though it was a big readjustment to start branding his company from scratch, producing new cap labels, shop fittings, marketing materials, etc. with the new name, Silas is glad that it happened before his brand was more widely recognized.

“I will most likely lose about 90 percent of the customers who know me as Sigar if I don’t communicate very cleverly about the name change. However, if the large company had contacted me after my business had grown, it would have been an even greater problem. I imagine that you can get into a lot of trouble if you’ve already sold thousands of goods using a trademark to which you don’t own the rights.”

Include trademark protection from the get-go

It cost Silas a lot of money and worry to reach a new brand identity so he advises all new startups to remember to protect their trademarks:

“If you have an ambition to grow, you should think about protecting your name from the get-go. If not, you risk having to start branding your business all over again.” 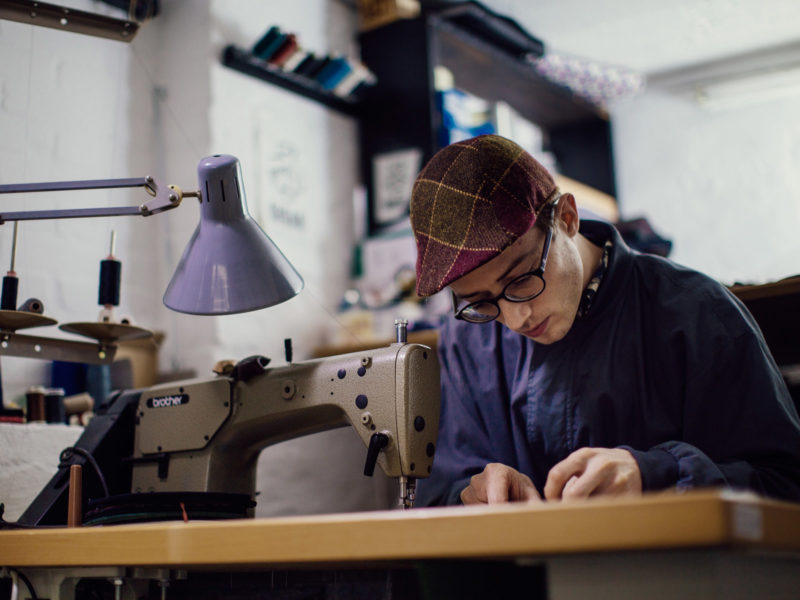 Trademark Experts advised Silas on his trademark case explains why trademark protection is crucial for startups:

“Trademark protection is an insurance on two fronts: You protect your own business against other people trying to copy your trademarks, and at the same time, you protect yourself against unwittingly infringing on other people’s trademark rights. Before you can truly push sales and realize your business dream, you need to register your company and product names as trademarks. If you don’t, you risk losing a lot of money and, worst case scenario, have to start your branding efforts from scratch.”

Silas has obtained the trademark registration of his new company name and has since increase his IP portfolio with design registrations for his design identity on the brim and on the closing mechanism on the back of the caps. You can learn more about Silas’ caps at www.wilgart.com.

Contact us and learn more about how we can help you.

WILGART: The cap maker who changed his trademark