Plougmann Vingtoft was created in 1967 when Knud Erik Vingtoft and Ole Plougmann shared the acquisition of a small patent company in Copenhagen. This marks the beginning of our history.

The meeting between the two people was the beginning of a company that, ever since, has influenced the patent world’s development in Europe. The two engineers’ pioneer work within biotechnology and IT early led to strong patent positions for their customers and made the name, Plougmann Vingtoft, well-known in the business.

In addition, the two founders’ interest for commercialisation of research results made the company one of the main players in building collaborations between companies and universities and scientists in Denmark and internationally.

The Parallel between Art, Patents and Trademarks

When Ole Plougmann founded Plougmann Vingtoft with Knud Erik Vingtoft, he brought with him a passion for modern art to the company. To Ole Plougmann the art represented the energy, creativity and originality that a patent stands for:

A work of art is an expression of an original thought or idea. The process of creation transforms the idea into something, which is beautiful, unique, and worth protecting. Copies of the idea are worth only a fraction of its value (…)

A work of art has a broad appeal which spans countries and cultures. To own a work of art is to own something which can be appreciated every day, whilst representing an investment for the future.

The painter Bjørn Bjørnholt in particular caught the interest of Ole Plougmann, and a long lasting personal friendship was formed between the two who both shared their passion for art.

The special interest in the works of Bjørn Bjørnholt has remained unchanged in Plougmann Vingtoft. Today, many of Bjørnholt’s paintings adorn the walls of our offices and they are all contributing significantly to the overall identity of our company. 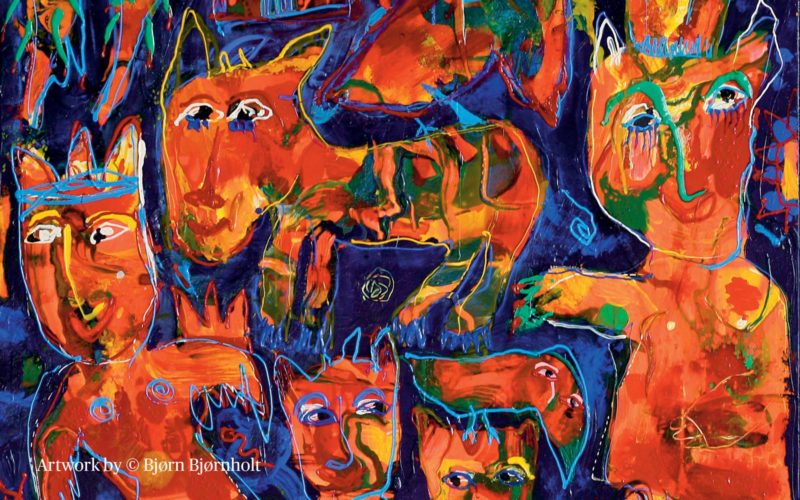 READ ALSO: The genetically engineered one-day wonder that won out